Doctor Jill Biden sits next to Chelsey Davis of Knoxville, who is a student at Pellissippi State Community College listens as President Barack Obama speaks during his sixth State of the Union in the House of Representative chambers in the US Capitol in Washington DC on January 20, 2015. In May 2015, Chelsey will graduate from Pellissippi State Community College with plans to pursue a B.A. in Nutritional Science. Chelsey currently serves on the Student Activities Board and as a New Student Orientation Leader at her community college. Photo by Kris Connor 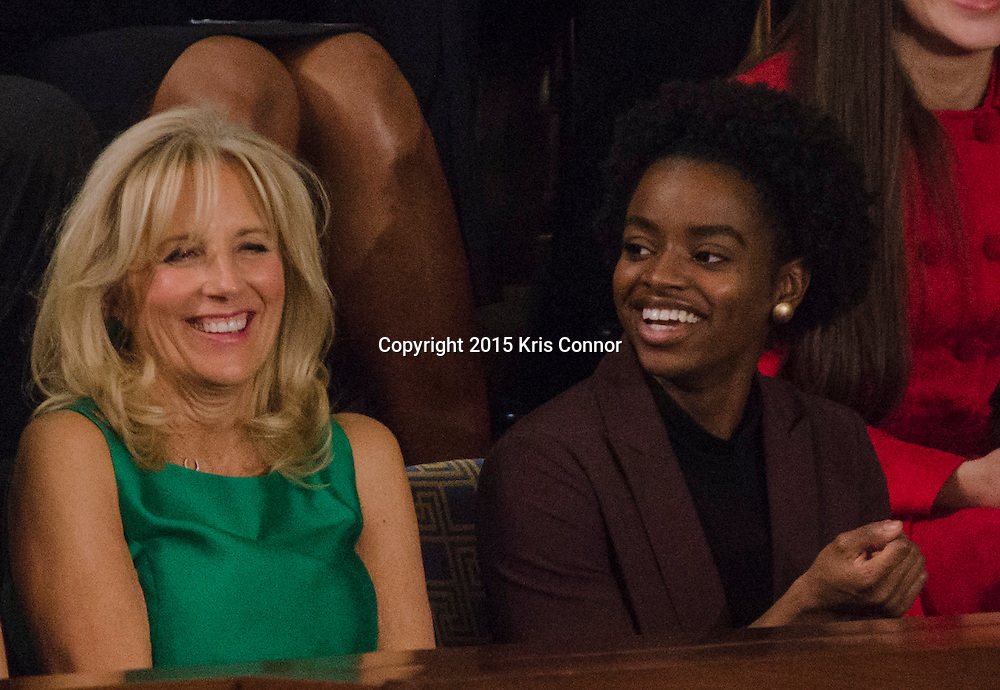